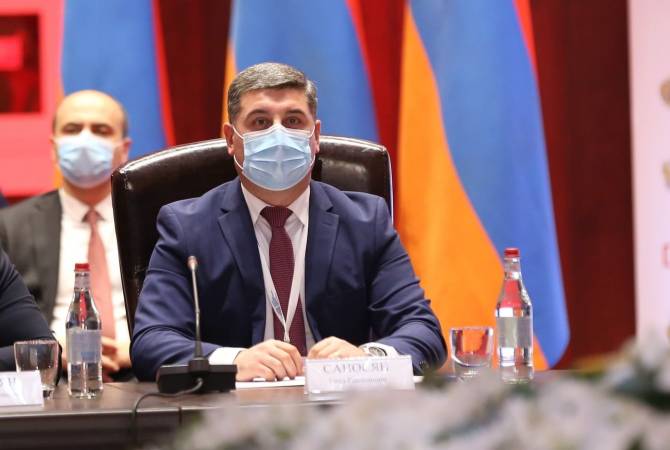 ArmInfo. Armenia and Lithuania intend to exchange experience in transport security issues. This became known after the meeting of the Minister of Territorial Administration and Infrastructures of Armenia Gnel Sanosyan with the Minister of Transport and Communications of Lithuania Marius Skuodis.

According to the press service of the Ministry of Territorial Administration, during the meeting, the ministers discussed various issues related to transport innovations, digitalization, transport directions and the aviation sector.  Gnel Sanosyan presented to Marius Skuodis the legislative changes carried out in Armenia in these directions.  At the end of the meeting, the Minister of Territorial Administration and Infrastructures of the Republic of Armenia invited his Lithuanian counterpart to Armenia.