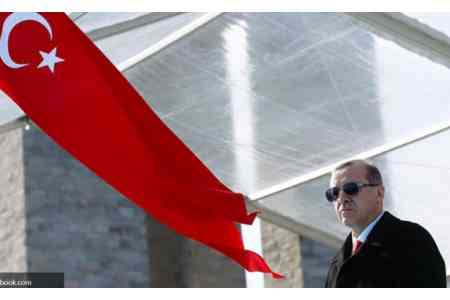 ArmInfo. The international Financial  Action Task Force (FATF) has included Turkey in the list of countries  that need to be "monitored more closely," DW said. Inclusion on the  FATF gray list means there are problems in the field of combating  money laundering and terrorist financing.

Although Ankara has made significant progress in the fight against  money laundering and terrorist financing in recent years, the country  still faces serious problems in the Turkish authorities' control over  financial institutions, FATF President Marcus Pleyer said on October  21.

In particular, Player recalled that Ankara has declared its  determination to continue efforts to improve the fight against money  laundering. He called on the Turkish government to "fulfill this  commitment."

Ankara calls the FATF decision unfair Turkey protested against being  included in the FATF list. The Turkish Foreign Ministry said the  ranking was "unfair" and listed measures the government has taken to  combat financial crime.

The so-called "gray list" of the FATF includes 39 states. According  to the organization's classification, the governments of these  countries are making insufficient efforts to combat money laundering  and terrorist financing. In addition to Turkey, Jordan and Mali were  added to the list. At the same time, Botswana and Mauritius were  excluded from the ranking.

Inclusion in the FATF "gray list" may result in a loss of image for  states and have a deterrent effect on foreign investors. The FATF's  decision to include Turkey on the list came amid a severe economic  crisis in the country, continuing devaluation of the Turkish lira and  rising inflation.