Stepanakert refutes: The issue of disbanding the Defense Army is not  on the agenda of the Artsakh government 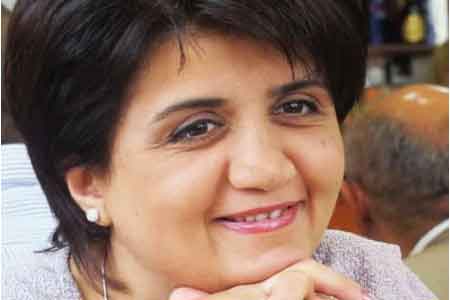 ArmInfo. The statement of Ashot Harutyunyan, a member of the council of the "Forcibly displaced Armenian population from Shushi" NGO, to the Standing Commission for the Protection of Human Rights and Public Issues of the RA National  Assembly that the President intends to disband the Defense Army at  the request of the Azerbaijani side does not correspond to reality.  Press secretary of the Artsakh Republic President Lusine Avanesyan  said this in response to the clarifying inquiry of the "Artsakhpress"  correspondent.

"The Artsakh Defense Army remains one of the main guarantors of the  security of the Republic of Artsakh.  Right now, our soldiers are in  position in full view of the enemy. The issue of disbanding the  Defense Army is not on the agenda of the Artsakh government. All  discussions related to the Defense Army are from the sector of  reorganization, rearmament, modernization and other issues.. We have  a lot to do to build our future, and the army plays a key role in  this, " Lusine Avanesyan said.

Earlier, Ashot Harutyunyan stated in the Armenian parliament that  President of the Nagorno-Karabakh Republic Arayik Harutyunyan  informed him that he intends to disband the army. , To which he replied: . Azerbaijanis want a lot of things. You must save our army.  And yes, our representatives demand immediate recognition of the  interim status for the NKR. Yes, many consider this to be premature.  Even my friends from Europe call me and ask me not to raise this  issue. Nevertheless, I constantly say that this issue is very  important for us, "the NGO member said, adding that if Armenia  recognized the independence of Artsakh in due time, it would have  been possible to avoid a war with Azerbaijan.