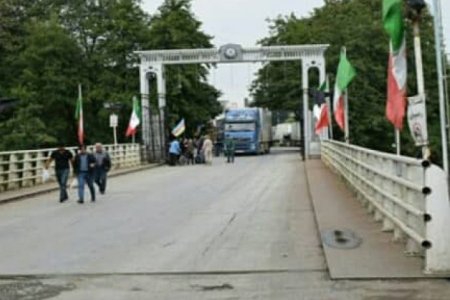 ArmInfo.Azerbaijan rejects allegations of deliberate blocking of the Astara crossing for Iranian trucks.

So, yesterday the Iranian IRNA agency published an interview  with a member of the Iranian-Russian Chamber of Commerce Seyid  Jalilafari, who said that the Azerbaijani customs was blocking  Iranian trucks in Astara. According to him, the Azerbaijani side  deliberately cuts off the electricity, they refer to the inoperative  X-ray or the absence of dogs checking drugs and detain Iranian trucks  heading to Russia. For this reason, a queue of 10 km long trucks  lined up at the border. He also noted that the trucks carry  perishable vegetables and fruits, so the cargo is spoiled.

Jalilafari noted that the problem arose after the Iranians began to  conduct military exercises on the border with Azerbaijan, ruining  relations with it.

Turan reports that, in turn, the Customs Committee of Azerbaijan  denied allegations of blocking Iranian trucks. In its message dated  October 19, this department reported that the delay was due to the  fact that the computer system on the Iranian side turned off for 10  hours on October 15-16. In addition, trucks waste a lot of time in  the process of loading goods at vegetable bases on the Iranian side,  which also has nothing to do with Azerbaijan. Therefore, all delays  are related to problems on the Iranian side, the report said.

It should be noted that the stumbling block between Baku and Tehran  was the action of the Azerbaijani security forces against Iranian  trucks on the Goris-Kapan road of the Syunik region of Armenia, 21 km  of which were under the control of the Azerbaijani side. The  Azerbaijani side is demanding $ 200-400 from Iranian drivers for  travel through this section as a customs fee. Moreover, two Iranian  drivers were detained for allegedly delivering cargo to  Nagorno-Karabakh. After that, Iran held military exercises on the  border with Azerbaijan. This move by Tehran has increased the degree  of tension between the two countries.