Deputy Defense Minister: There was no process of demarcation and  delimitation of the state border between Armenia and Azerbaijan 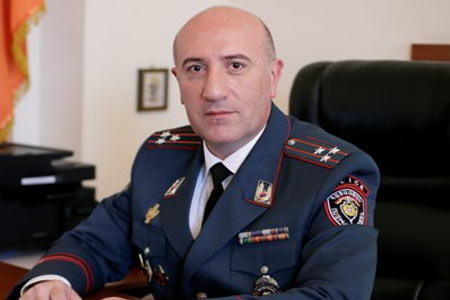 ArmInfo.There was no process of demarcation and delimitation of the state border between Armenia and Azerbaijan. RA Deputy Defense Minister Arman Sargsyan  stated this in the National Assembly of Armenia at a meeting of the  Standing Parliamentary Commission on Defense and Security during the  discussion of the draft law on amendments to the law "On the State  Border" on October 19, in response to one of the opposition MPs to  clarify, has this process taken place, as the Armenian National  Security Service uses the term "state border" in its statements to  describe the situation around Mount Pela?

"If you see contradictions in the answer of the National Security  Service of the Republic of Armenia, I think you can address them and  they will dispel your fears and give answers to your questions," he  said, adding that everyone knows very well that the process of  demarcation and delimitation of the state border between Armenia and  Azerbaijan did not take place.

"Even between Armenia and Georgia, the process is not completed. Even  between Russia and its neighbors, the process is not completed. We  are dealing with controversial issues that have been discussed for  years.  Of course, it is not good that today we are forced to discuss  such topics, including which maps should be used. I want to emphasize  once again that there was no delimitation and demarcation process, "  he summed up.  To note, yesterday the National Security Service of  the Republic of Armenia announced that the Armenian border guards  continue to serve on Mount Pela. "In response to the information  spread by some media that Mount Pela in Kapan was allegedly  transferred to Azerbaijan, the National Security Service of the  Republic of Armenia reports that there were no positional changes in  the area called Mount Pela in the Syunik region. The border troops of  the RA NSS continue to serve on this section of the state border,  "the report of the RA NSS says.