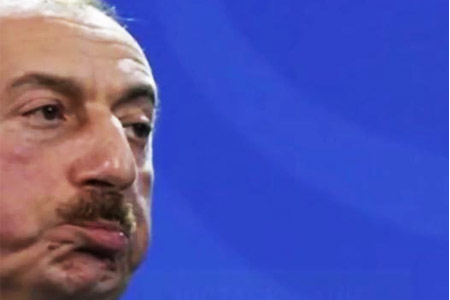 ArmInfo.Secretary of the Supreme National Security Council of Iran Ali Shamkhani commented on the accusations of Azerbaijani President Ilham Aliyev against Iran at  a meeting of the CIS countries about the involvement of the Iranian  side in organizing drug trafficking through the Caucasus.

Secretary of Iran's Supreme National Security Council (SNSC) Ali  Shamkhani reacted to the recent allegations made by Azeri President  Ilham Aliev against Iran, and advised the neighboring country to be  careful not to fall in the trap laid by the devils, especially the  Zionist regime.

" Ignoring the principles and requirements of the neighborhood and  making false and unconstructive statements is not a sign of good  faith and prudence. Accusing a country that is famous as an anti-drug  hero has no effect but discrediting the speaker's words," Shamkhani  wrote on Twitter, IRNA reports.

At the same time, he called on Azerbaijan's president not to be  deceived by traps laid by devils.  It should be noted that yesterday,  the President of Azerbaijan, during his speech at the meeting, with  the CIS member states accused Iran of supplying drugs to Europe  through the territory of Nagorno-Karabakh in collusion with the  leadership of Armenia. However, he did not provide any compelling  evidence for his words.