Forecast: In the event of a confrontation between Moscow and Ankara,  Armenia and Azerbaijan will be in the role of a proxy 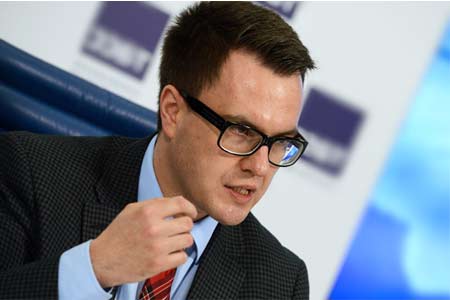 ArmInfo. In the event of a confrontation between Moscow and Ankara, Armenia and Azerbaijan will be in the role of a proxy. Director of the Primakov Institute of  World Economy and International Relations (IMEMO) at Russian Academy  of Sciences Professor Feodor Voitolovsky expressed a similar opinion  at the Geopolitical Session "Armenia and Russia:  Imperative of a New  Strategy" held at the Russian-Armenian University (RAU) in Yerevan.

"There are such risks, and they are quite high. In this light, a  sharp deterioration in relations between the Russian Federation and  Turkey is not beneficial to either Armenia or Azerbaijan. I should  especially note that last year's 44-day war in Nagorno-Karabakh,  among many other goals, pursued the goal of punishing Russia. We in  Moscow know this and understand it very well, "he stressed.

According to the professor, there is cooperation between Moscow and  Ankara today. But there is also competition and elements of  confrontation. In his opinion, the situation in the Transcaucasia and  the Middle East is no different from this point of view. At the same  time, Voitolovsky is convinced that Turkey's actions in  Nagorno-Karabakh, on the whole, were quite satisfactory for  Washington. Including due to the U.S. policy of parallel containment  in different regions of China and Russia. In his opinion, from this  point of view, Turkey's actions in Karabakh, the aggravation of the  situation in Transcaucasia in the long term, proceed from the  interests of the United States. According to Voitolovskiy, "pulling  Turkey and Russia into a confrontation in the Transcaucasus" is  beneficial for them.

Another important result of last year's war, in his opinion, is  Turkey's increase in its capitalization in NATO, through the  demonstrative use of its armed forces and military equipment in  Karabakh, and not just its proxies in Syria. At the same time, the  Russian analyst expressed his conviction that without the appropriate  sanctions from Washington, Ankara, as a NATO ally, simply could not  operate in Karabakh.  "And here no one should have any illusions. The  U.S. had every opportunity to put pressure on Ankara and Baku in the  UN Security Council and end the war, however, this was not done," he  stressed.

The Russian professor also highlighted the fact of strengthening  Turkey's positions in Azerbaijan following the results of the autumn  war. At the same time, Voitolovsky is not sure that the agenda put  forward by Ankara in Azerbaijan will be in the interests of its  leadership. "The very term "one nation - two states" implies a junior  partner and a senior partner. And Turkey openly regards Azerbaijan as  its junior partner.  And as of today, I do not think that such a  state of affairs is really beneficial for Baku, "he said.

"Thus, the coordinate system that emerged as a result of the 44-day  war differs very seriously from the entire post-Soviet period. We  have entered a completely new period in the development of  international relations, not only in Transcaucasia, but also  throughout the entire post-Soviet space. And this is the coordinate  system in which we will all have to live in the coming years. In this  light, it seems that the problems and frozen conflicts in the  post-Soviet space between different countries may acquire a  completely new sound and development. In this regard, the conflict in  Karabakh is perhaps atypical, but it is precisely this that sets the  general tone for further impulses in this very space," Voitolovsky  summed up.