Reconstruction of Friendship Park has begun in Gyumri 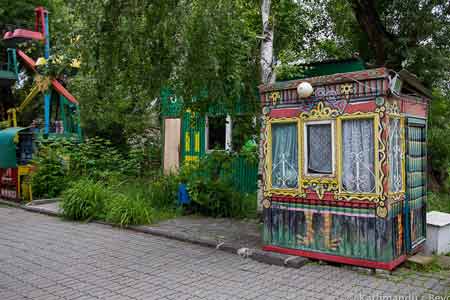 ArmInfo. The official start of the program for the reconstruction of the "Friendship Park" in Gyumri has been given.

According to the press service of the Ministry of Territorial  Administration and Infrastructures, the park is being reconstructed  within the framework of the Local Economy Development program by the  Territorial Development Fund, with loans from the World Bank with the  co-financing of the Armenian government.  According to the source,  886.5 million drams have already been allocated for preparatory work  at this stage.

The park covers an area of more than 7 hectares, and is located in  the northern part of the city, between the historical center and  residential, industrial areas. The renovated park will become the  first modern green area for citizens and tourists.

It should be reminded that in July this year, the Initiative for  Development of Armenia (IDeA) Foundation announced an open  international competition for the development of architectural  solutions and elements of the recreational infrastructure of the  Friendship Park of Gyumri.

"The restored park will become not only a new public place for  residents of Gyumri and guests of the city, but also a symbol of  friendship and gratitude to all those countries that in 1988, after  the devastating Spitak earthquake, had extended a helping hand to  restore the city," the Foundation said.