Foreign Minister: India is a supporter of a peaceful settlement of  the Karabakh conflict under the auspices of the OSCE Minsk Group 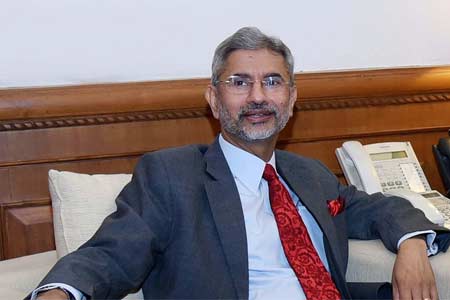 ArmInfo. India is a supporter of a peaceful settlement of the Nagorno-Karabakh conflict by diplomatic means, within the framework of the OSCE Minsk Group -  and this is our clear position. Minister of External Affairs of India  Subrahmanyam Jaishankar stated referring to the security environment  in the South Caucasus on October 13 in Yerevan at a joint press  conference with Armenian Foreign Minister Ararat Mirzoyan.

According to him, India has always advocated this approach, for the  benefit of the region.

" Last year Armenia had a difficult time.Taking this opportunity, I  would like to express deep condolences on behalf of the government  and people of India to the Armenian people, especially to those who  have lost loved ones," the Indian minister said, adding that  conflicts should be resolved through dialogue, and not through force.

"We believe that issues should be resolved through dialogue and not  through force. We are against violence. We support the process within  the OSCE Minsk Group. This is the most viable method of advanceme