View from Tbilisi: Georgia, Armenia and Azerbaijan cannot afford the  luxury of remaining within the logic of developments of the last 30  years 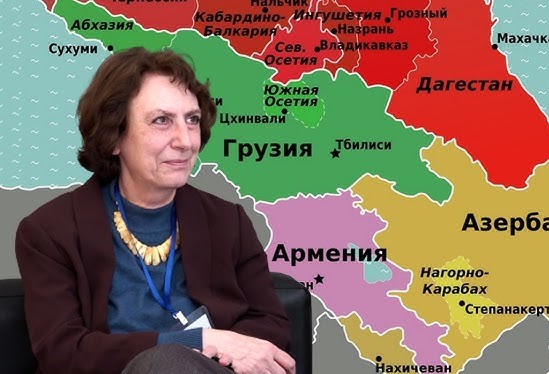 ArmInfo. The search for common interests by Armenia, Georgia and Azerbaijan seems to have no alternative. Because only in this way, we will all together be able  to develop our region, the South Caucasus, with common benefit and in  common interests. A similar opinion was expressed to ArmInfo by  Senior Researcher at the Tbilisi Centre for Social Studies""(CSS),  Professor Marina Muskhelishvili.

"We cannot afford the luxury of remaining in that state, in the  logic of development in which we have been for the past 30 years.  Since, in this way, with our own hands we only strengthen the  external influence on ourselves. The influence of external forces,  aimed at strengthening the discord between our countries, of course,  is in the interests of these very forces. "I think we should start  from the point of taking into account the common economic interests  of Georgia, Armenia and Azerbaijan, "she said.

According to the professor, today the countries of the South Caucasus  need to look exclusively into the future and understand that the  logic of the development of the region within the framework of the  previous and current generation has remained in the past.

Noting the rapid changes in the world, Muskhelishvili  highlighted  the latest geopolitical transformations in international politics,  starting with Afghanistan and ending with the role of the United  States in all these processes. The political scientist especially  highlighted the latest impulses in relations between Russia and  Turkey.

The Georgian political scientist is convinced of the need to take  these and other geopolitical tendencies into account in global  politics in the search for common ways of development, since the  presence of the population of all three countries of the South  Caucasus in a rather deplorable situation. In her opinion, economic  problems, problems with democracy, unemployment and poverty dictate  the need for cooperation between Armenia, Georgia and Azerbaijan.  "Being perfectly aware of the utopian nature of these words, taking  into account the still unhealed wound that Armenia received a year  ago, nevertheless, I see no alternative to the formation of a  completely different mindset with the aim of leading our peoples to  completely different goals and stages of development. The countries  of the South Caucasus must find, must come to common interests and  develop in accordance with and on the basis of this concept. We  simply have no other way of development, we need to get rid of the  stereotypes imposed on us. It is very difficult, but there is no  alternative, because otherwise we will remain the backward states of  the third world, " Muskhelishvili summed up.