Analyst: Indian Foreign Minister`s visit to Armenia is part of  India`s agenda to increase its influence in the South Caucasus 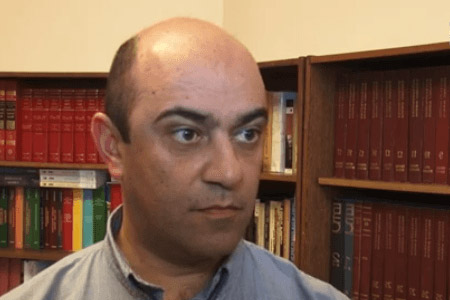 ArmInfo.The Indian leadership is well aware of the importance of its own mission in keeping Syunik together with Armenia and Iran and in getting the beaten path from  south to north. An independent political analyst Saro Saroyan  expressed this opinion to ArmInfo, commenting on the forthcoming  visit of the Indian Foreign Minister to Armenia.

Today, on October 12, Minister of External Affairs of India  Subrahmanyam Jaishankar will pay an official visit to Armenia for the  first time. On October 13, he will meet with his Armenian counterpart  Ararat Mirzoyan, Prime Minister of Armenia Nikol Pashinyan and  Speaker of the Parliament Alen Simonyan. Earlier, the Indian Foreign  Ministry said that the visit will provide an opportunity to  understand what progress has been achieved in bilateral relations,  and will also allow exchanging views on the situation in the region.

"India today is one of the advanced states in the world, by the way,  has applied for permanent membership in the UN Security Council. The  latter speaks of New Delhi's geopolitical ambitions to take on a new  international role and functions, as well as to increase and  consolidate its own participation and influence in certain regions of  the world," he stressed. From this point of view, the South Caucasus,  according to the analyst, is a very important corridor for India,  which has such rivals as China and Pakistan.

In this light, Saroyan stressed that Pakistan is a direct ally of  Turkey and Azerbaijan, carrying out joint projects with Turkey in the  countries of Central Asia. In his opinion, taking into account the  recent involvement of Pakistan in the Caucasian affairs at the  invitation of Azerbaijan, what is happening in the South Caucasusdoes  not at all correspond to the interests of India. In this context, the  analyst, in particular, highlighted the latest events and statements  around the so-called "Zangezur Corridor".

According to him, in addition to Iran, India also stands behind the  North-South communication route, and without Armenia, the  implementation of this project is simply impossible. In this light,  the analyst noted the confrontation between the projects of the  North-South corridor and the Turkish project of the East-West  corridor. Taking into account the inconsistency of these projects,  Turkey, according to Saroyan's forecasts, is doing and will do  everything in order to prevent the implementation of the North-South  project. "Against this background, India is already trying to  strengthen its own presence and functions in the South Caucasus. And  it is the involvement of the North-South corridor that will allow  India to very quickly strengthen its own involvement in regional  affairs and its presence in the same Armenia. The latter will  contribute to the strengthening of mutually beneficial trade and  economic ties between our countries, "the analyst summed up.