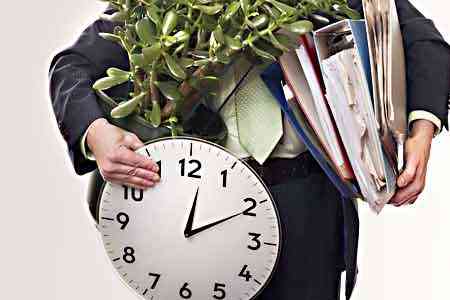 ArmInfo.Nikol Pashinyan dismissed Eduard Harutyunyan, head of the protocol department of the Armenian Prime Minister's Office. This was reported on the website of the RA government.

"Guided by Part 3 of Art. 16 and Clause 1, Part 1, Art.37 of the RA  Law" On Civil Service ", to dismiss head of the protocol department  of the Office of the Prime Minister Eduard Harutyunyan, ,"  Pashinyan's decision reads.

To recall, Harutyunyan was appointed to this position on August 31,  2020. A month earlier, it was reported that Harutyunyan would hold  this post until August 28, 2022. The reasons for the dismissal were  not disclosed