Politician: The lack of systemic reforms in Armenia is the result of  the absence of differences between the previous and current  authorities 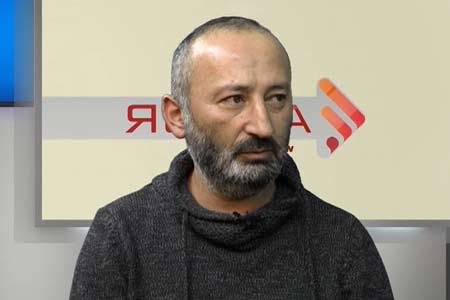 ArmInfo.The absence of systemic reforms and changes in Armenia is the result of the absence of differences between the representatives of the "former  authorities" and the current government. A similar opinion was  expressed to ArmInfo by public and political figure Garegin  Miskaryan.

"We are talking about the absence of differences in terms of  professed values. This is the whole problem of the current government  and, accordingly, society. This is the basis of all these bonuses,  preferences and pocket money ", existing and planned social benefits  of MPs, officials and others- from the representatives of power up to  the president and the prime minister, "he stressed.

The absence of differences in the value orientations of the current  government and its predecessors, in Miskaryan's opinion, lends  consistency to its current actions and domestic policy. According to  him, in absolute terms, the difference between the current government  and its predecessors boils down to the fact that, unlike the latter,  the incumbent government is trying to get material benefits - state  budget funds in order to ensure its own well-being in an exclusively  legal way.

Against this background, the society, in Miskaryan's opinion, must  finally realize that it is possible and necessary to change the  current situation only through its involvement in the process of  governing the state.  Without public participation, any ruling  political force, according to his estimates, will differ very little  from the "former" and current ones. He also stressed the need for  public control over the decision-making process by the authorities.   Miskaryan is convinced that reforming in all sectors of public life  and activities, the emergence of ideas, programs, values, the  decentralization of state administration, the branching of power into  executive, legislative and judicial are possible only as a result of  public demand. Including due to the professional unsuitability and  inability of the current government to implement these reforms, even  if it has a desire to do so.  "It is impossible to achieve the  formation of Armenia as a state just by the participation of citizens  in electoral processes, a tick given to one or another politician for  his ability to speak fluently. Control over the government is now a  necessity. Otherwise, we will finally lose everything that we still  have. Take a look on the ongoing elections to local self-government  bodies, which have already boiled down to a struggle of resources  with the use of administrative levers, authorities of various stripes  and calibers. And all this with one goal - to strengthen their own  power, "Miskaryan summed up.