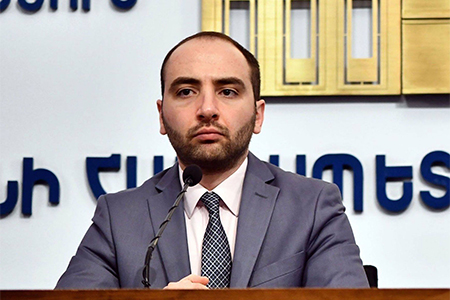 ArmInfo. By the decision of the Acting Foreign Minister of Armenia Armen Grigoryan, Vahan Hunanyan was appointed Press Secretary of the Ministry of Foreign Affairs.  This was reported on the Facebook page of the Foreign Ministry.

It should be reminded that former press secretary of the RA Foreign  Ministry Anna Naghdalyan left her post on May 31, 2021. Naghdalyan  held this post since October 10, 2018.