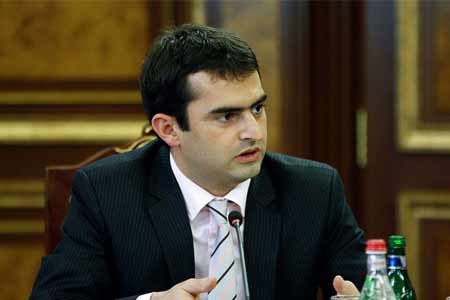 To recall, Nikol Pashinyan's ally Hakob Arshakyan was appointed RA  Minister of Transport, Communications and Information Technologies on  October 5, 2018 by the decree of Armenian President Armen Sarkissian.  After structural changes, the department was renamed the Ministry of  High-Tech Industry, and Arashkyan continued to lead it.

On March 18, 2021, Minister Arshakyan, in one of the capital's cafes,  attacked journalist Paylak Fahradyan, who asked why he spends his  working hours in a cafe. After the incident, Hakob Arshakyan stated  that he was ready to bear responsibility and apologized to the  journalist.  In addition, at the end of February, photographs of the  Armenian pavilion appeared in the media and social networks, where,  instead of defense products, only a few booklets could be seen.  Arshakyan's department was responsible for the event. It turned out  that due to logistical problems, the products of the Armenian  military- industrial complex could not be delivered to the UAE on  time. But then, according to Minister Arshakyan, the pavilion was  still full.

At the same time, an official investigation was ordered, as a result  of which several employees of the ministry got off with a reprimand.  On March 31, Hakob Arshakyan announced his resignation on his  Facebook.