Analyst: Russia is interested in the entire South Caucasus, including  Georgia 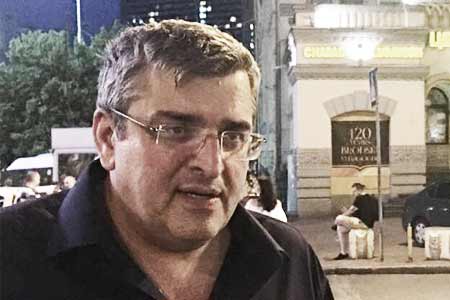 "In this light, the prospect of unblocking communications in the  sections of Armenia and Azerbaijan at this stage without Georgia's  participation in this does not interest Moscow at all. Moscow is  interested in control over the entire South Caucasus. In the  conditions of "closed" Georgia, the closed Abkhaz section of the  railway, its communication projects will remain only on paper, and  will not be of interest even to Russia itself, " the analyst is  convinced.

According to Vasadze, today there are two projects concerning the  future of the region: Russian and Turkish. However, at this stage,  only the Russian project is being implemented, and Moscow is taking  active steps towards Georgia to strengthen and expand its control  over the South Caucasus.

Noting the emergence of certain difficulties between Tbilisi and  Brussels following the recent visit of European Council President  Charles Michel to Tbilisi, Vasadze stressed the extreme unlikely  scenario of Georgia returning to the orbit of Russian influence.   According to him, there are many obstacles on the Russian path in  Georgia today. However, Moscow is initiating certain processes in  Georgia, despite the fact that Georgia is still assisted by the  United States.

Returning to the Turkish project, Vasadze stressed that following the  44-day war, Turkey has significantly intensified the implementation  of its Great Turan program in the South Caucasian segment. Which,  Moscow is trying to prevent, for obvious reasons, including by its  own recent actions in the South Caucasus.

According to the analyst, France also has similar interests with  Russia in the issue of preventing and limiting Turkish expansionism  in the Caucasus.  According to Vasadze, in the event of a choice  between Russia and Turkey in the issue of control over the South  Caucasus, Paris will definitely choose Moscow. At the same time, in  his opinion, France is definitely playing an independent game in the  region and is actively trying to return to the number of world  superpowers, however, it is not going to establish its own military  presence in the South Caucasus.

"It is clear that the South Caucasian cooperation between France and  Russia has a situational character.  Nevertheless, in my opinion, it  is quite possible to expect a certain degree of synchronization  between their actions. There will be no clash between France and  Russia, simply because it is not in the interests of the French  leadership. In this light, I expect from Paris exclusively political  assistance to Yerevan. Which in itself is not bad. In any case,  France is an emergency exit for Armenia. And the Armenian leadership,  in my opinion, needs to catch on to all the latest proposals of the  French Ambassador to Yerevan and as far as possible to deepen and  develop relations with Paris," Vasadze summed up.