U.S. Senator: Azerbaijanis will continue to be aggressive unless they have a clear message 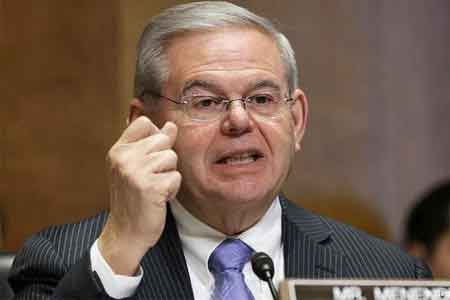 "The Azerbaijanis are now interfering on the physical territory of  Armenia in a border issue and it just seems to me that they will  continue to be aggressive unless they have a clear message that it's  not acceptable," argued Menendez.

In turn, Dr. Donfried responded that, if confirmed, she would work  closely with the Sen. Menendez and the Senate Foreign Relations  Committee on the matter.

"It is critical to make sure that any support we are giving to  Azerbaijan is not in any way affecting the balance of power between  Azerbaijan and that we are committed to the resolution of Nagorno  Karabakh," stated Dr. Donfried.