Artak Davtyan: Armenia will not shift to a 100% professional army 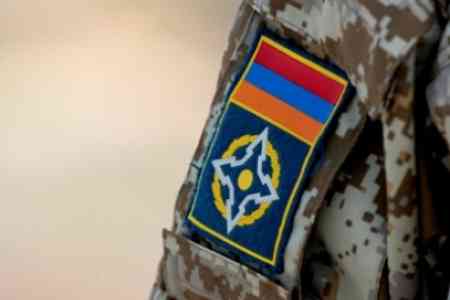 ArmInfo. Armenia will not shift to a 100% professional army. On June 22, Chief of the General Staff of the Armenian Armed Forces Artak Davtyan stated this in an  interview with journalists.

At the same time, he stated that for a long time the Armenian Armed  Forces have taken qualified steps to shift to a professional army,  but this will not be a 100% transition. "At least in the foreseeable  future, there are no such plans. There are no plans to cancel the  mobilization process," he explained.

At the same time, Davtyan stressed that the restoration of the combat  effectiveness of the Armenian armed forces after the escalation of  the Karabakh conflict is proceeding successfully, new elements are  being introduced taking into account the experience of military  operations.

"The first task that we faced was the restoration of combat  effectiveness after the war. We are implementing this task and quite  successfully. In particular, this concerns the leadership,  replenishment of lost equipment and weapons. The experience of the  armed conflict is actively studied, taking into account the results  of the combat training program, new elements are being introduced.",   said the head of the General Staff, adding that it is impossible to  note a specific date for the completion of this process.

According to him, the acquisition of equipment, the improvements of  the learning process are long-term activities, the intermediate  results of which will be visible with the change of several draft  calls.  Referring to the last war in the zone of the Nagorno-Karabakh  conflict, Davtyan said that by order of the Minister of Defense, a  commission was created to investigate the course of the last war.

"It is actively working. The rest is outside the competence of the  General Staff, and I cannot comment. As for the deserters, a fairly  large number of criminal cases have been initiated. I propose to wait  for the results of these cases," said the chief military officer of  Armenia.

To the remark that there are many questions regarding the fall of  Shushi and Hadrut, in particular, why Shushi has became under the  control of the enemy so easily, the head of the General Staff  replied: "It is easy or difficult - the enemy can say this. We are  studying, I do not think that the answer is will be in a short time,  because behind any episode, any accusation there is a living person,  servicemen who must either be punished, or this is an unfounded  accusation. In addition, our problem in this matter is not simply to blame someone, first of all,  the General Staff, the Ministry  of Defense have the following task - it is necessary to learn  lessons, study all omissions and gaps and make appropriate decisions.  There is no final conclusion."

He also did not comment on the information circulated in the media  about the possible appointment of Samvel Babayan as defense minister,  adding that he does not know anything on this issue and this is  outside the competence of the General Staff.  At the same time,  Davtyan stressed that he will serve until demobilization, and he does  not know anything about the possible movements associated with him.