Nikol Pashinyan will head the future government of Armenia 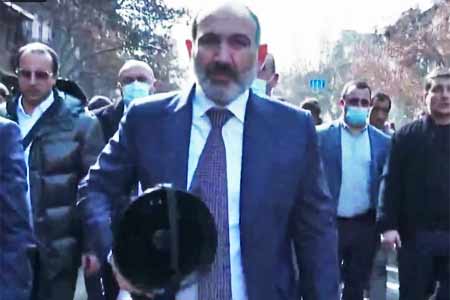 ArmInfo."The Civil Contract party will have a majority in the new parliament and will form a government," Acting Prime Minister of Armenia Nikol Pashinyan wrote  on his Facebook page.

As Pashinyan pointed out on his Twitter account: "Thus, according to  the preliminary results of the elections as published by the Central  Electoral Commission, in the newly-elected parliament the Civil  Contract party will have a constitutional majority (at least 71 MPs  out of 105) and will form a government led by me.>