Head of CEC of Armenia announced results of electronic voting 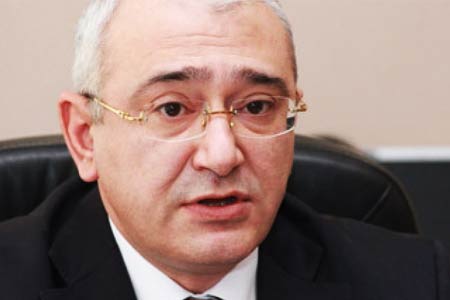 ArmInfo. Head of the CEC of Armenia Tigran Mukuchyan announced the results of the electronic voting in the early parliamentary elections.  Let us recall that the  diplomatic corps and the military sent abroad take part in the  electronic voting.

According to Mukuchyan, 650 RA citizens had the right to participate  in electronic voting.  500 citizens have participated in the  electronic voting. Of these, 45 ballots were declared invalid, 163  citizens voted for the "Civil Contract" party of Nikol Pashiyan, 135  for the "Armenia" bloc of Robert Kocharian, 43 for the Armenian  National Congress of Levon Ter-Petrosyan, 17 for "Republic", 14  for-"I have honor", "Brigh Armenia" and "Verelk", 12 -for the parties  of  "5165" and "Azatakan", the rest of the political forces received from 0 to 6 votes.