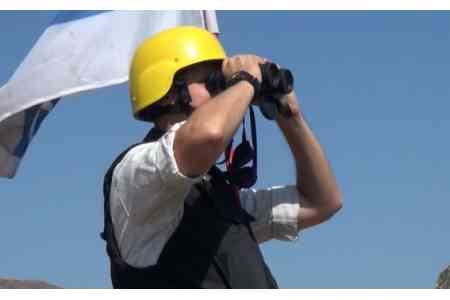 ArmInfo.ODIHR is planning to request the secondment of 250 short-term observers from OSCE participating States for election day on June 20, the official website of OSCE informs.

At the same time it is noted, that the short-term observers will be  deployed throughout the country in multinational teams of two to  monitor the opening of polling stations, the voting, the counting of  ballots, and the tabulation of results at all levels.  The day after  the election, ODIHR, together with its partners, will issue a  statement of preliminary findings and conclusions at a press  conference. A final report on the observation of the entire electoral  process will be issued approximately eight weeks after the end of the  observation mission.

The ODIHR EOM, headed by Eoghan Murphy, started its work in Armenia  on 18 May. The EOM has a core team of eleven international staff at  the head office in Yerevan, drawn from nine OSCE participating  States.  In addition, ODIHR has requested OSCE participating States  to second 25 long-term observers who will be deployed throughout the  country from 26 May.  The ODIHR EOM will assess the elections for  compliance with OSCE commitments and other international obligations  and standards for democratic elections, as well as with national  legislation. Observers will closely monitor candidate registration,  campaign activities, the work of the election administration and  relevant governmental bodies, election-related legislation and its  implementation, the media environment, and the resolution of  election-related disputes.

The mission calendar may be extended if ODIHR decides to observe a  potential second round.

It is also ntoed that the OSCE Parliamentary Assembly is planning to  deploy an observer delegation for these elections.  ODIHR has  previously observed eleven elections in the Armenia, most recently  the early parliamentary elections in November 2018.