Lawyer: Baku`s trial of Armenian prisoners is a farce for political  purposes 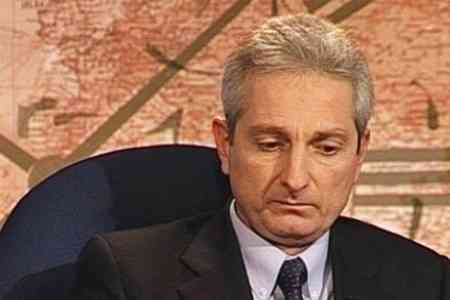 On June 3, the case of 14 Armenian prisoners of war was transferred  to the Baku Grave Crimes Court. The captured Armenian servicemen in  the Artsakh village of Khtsaberd were charged with terrorism with the  use of firearms and objects used as weapons, as well as illegal  border crossing. According to human rights activists, about 200  Armenians are still in captivity in Azerbaijan. "Taking into account  the articles on which the charges were brought, we understand that  the process of returning our guys can take a long time.  I am very  concerned that the process against our prisoners is taking place  behind closed doors. This speaks of the most severe control over the  court, which in turn testifies to the fact that this whole farce is  built on a legend, "he stressed.

Meanwhile, an open, public process, according to the lawyer, is a  fundamental human right. First of all, due to the fact that it is  publicity that enables the defendants and accused to avoid  arbitrariness of the courts in cases when the process is going on in  a vacuum. Ghazaryan considers the absence of any information about  what is generally going on behind the doors of the court in Baku as a  direct confirmation that there is not a court in Azerbaijan, but a  farce. He is also convinced that in the event of a public trial,  Azerbaijani legends about Armenian terrorists will collapse in  parallel with the opening of the court doors.  In general, according  to the lawyer, Baku today uses illegally held Armenian prisoners for  its own political purposes. It is about Azerbaijan's aspiration to  gain from Armenia, moreover, documented, new territorial concessions  in the process of demarcation and delimitation of borders. In this  light, in Ghazaryan's opinion, the prisoners are mentioned by  Azerbaijan in the negotiations solely as a lever for resolving  political issues.  Otherwise, the solution of the problem of  prisoners from a legal point of view does not contain any special  problems - the prisoners simply have to return to their homeland.

"Moreover, I am convinced that Azerbaijan continues to provoke new  clashes on the border and capture new Armenian military precisely in  order to gain new levers of influence on the negotiation process. In  general, border demarcation is a rather complicated and long process.  There is a need to reach agreement, create working groups, permanent  monitoring bodies and only after that start, in fact, work. And, as  far as I understand, Baku decided to stimulate this work in  accordance with their ideas about demarcation, international  politics, humanitarian law and justice, "summed up Ghazaryan.