``My step``: People will not step into the Kocharian river twice 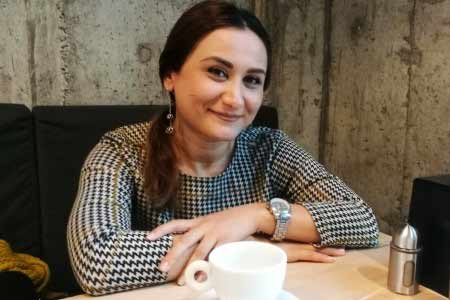 ArmInfo. Former President of Armenia Robert Kocharian will not be able to reincarnate into power, even under the guise of "the savior of the nation." A member of the  parliamentary faction Arusyak Julhakyan expressed a similar  opinion to ArmInfo.

"We know that Kocharian made attempts at his own  political reincarnation, starting from the period of presidency of  Serzh Sargsyan. For obvious reasons, then these attempts were not  made as persistently as today. He also made disguised attempts to  return during the days of the revolution, in the period after the  change of power in the country, "she recalled.

Today, according to Julhakyan, such attempts by Robert Kocharian have  finally found the soil so desired for the former president, and he is  trying to take advantage of the situation by presenting himself to  the public in the guise of a man who intends to save the country.  Nevertheless, in the opinion of the pro- government parliamentarian,  this very society has a very good memory - people perfectly remember  all the "charms" and all the consequences of his ruling the country.

On the whole, Julhakyan assesses the striving of Kocharian and other  forces "rejected" by the people for revenge as quite natural and  normal. According to her, these processes began directly with the  change of power in 2018 and in post-war Armenia, for obvious reasons,  received an additional impetus. The lawmaker is much more worried  about the fact that over the past three years new political forces  have not formed and have not taken shape in Armenia.

"I say this with great regret. Over the recent period, new political  parties have appeared in the country, in the ranks of which there are  very worthy people. But, unfortunately, apparently, three years was  not enough for their full-fledged formation for a number of reasons.

Meanwhile, we would very much like to see these political figures as  our opponents in the future parliament. We, in turn, are ready to do  and will do our best so that the upcoming elections are held at the  highest level, democratic, transparent and fair, "Julhakyan summed  up.