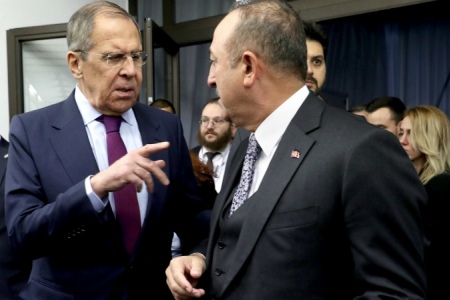 According to the Russian Foreign Ministry, the interlocutors noted  the importance of continuing efforts to stabilize the situation  around Nagorno-Karabakh.

The heads of the foreign affairs agencies expressed their serious  concern over the aggravation of Palestinian-Israeli relations and the  dangerous growth of tension in East Jerusalem, primarily in the area  of the Al-Aqsa mosque complex.