Pashinyan: About 2300 people were vaccinated in Armenia against  COVID-19 in almost a week 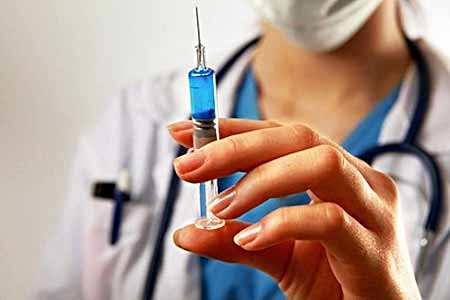 ArmInfo.To ensure a normal influx of tourists to Armenia, it is necessary to ensure a high proportion of the vaccinated population of the republic, Acting Prime Minister of  Armenia Nkol Pashinyan stated on May 5 during a meeting at the  Ministry of Health Pashinyan noted with satisfaction the decline in  the number of coronavirus infection.

At the same time, he once again drew attention to the need for a large-scale vaccination campaign. The question, as emphasized by the acting head of government is also  important from an economic point of view. "There is every reason to  say that in the near future the fact of vaccination will become a  prerequisite for travel. Armenia has prepared an electronic platform,  within which the vaccinated citizens will be provided with  appropriate certificates," he said.

Nikol Pashinyan noted that in the case of the covid vaccine, as well  as with other vaccines known to the world, there is a number of  speculations. "They say that in the world, with 200 million  vaccinated, several dozen undesirable cases have been recorded. I  think that if you give 200 million people to drink plain water,  examine them, there may be similar cases," Pashinyan said. According  to the acting Prime Minister, as of today, slightly more than 5  thousand people have been vaccinated in Armenia (as of April 29, 2  690 people were vaccinated).

Meanwhile, according to RBC, WHO has advised not to restrict entry to  countries for unvaccinated people.  The organisation's committee  recommended not making proof of vaccination a prerequisite for entry  into countries. WHO considered that this will increase inequality and  recalled the uneven distribution of COVID-19 vaccines.