Expert: Instead of accusations of "betrayal", it just should be  realized that Armenia`s enemies are not enemies for Russia 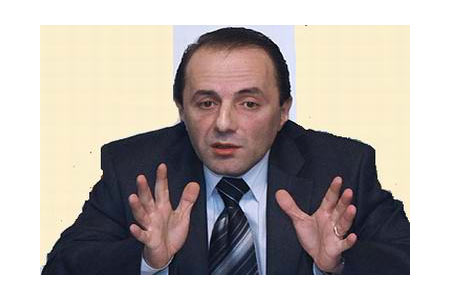 ArmInfo. The intention of the Russian Foreign Ministry to compile a "list of hostile states"  naturally makes the following question actual for Armenia - who,  after all, are our enemies and who are our friends? An expert of the  Armenian Institute of International and Security Affairs Ruben  Mehrabyan expressed a similar opinion to ArmInfo.

"The answers to this question are numerous, contradictory, seasoned  with conspiracy theories and quite understandable emotions.  Meanwhile, in reality, a lot in the future of Armenian statehood  depends precisely on cutting off emotionality and connecting verified  justifications when looking for an answer to this question. For  example, in the Russian "list of hostile states" there are: the USA,  Lithuania, Latvia, Estonia, Georgia, Ukraine, Poland, Czech Republic  and Great Britain. Meanwhile, there are no Armenia's enemies among  them. Moreover, we have excellent relations with many of them, "he  stressed.  Mehrabyan also considers the absence of Armenia's enemies  in the person of Azerbaijan and Turkey in the list of "enemies of  Russia" notable. At the same time, the expert stressed that Yerevan  clearly should not be offended by Moscow for this, since in politics  everyone plays for its own interests. Accordingly, instead of  incomprehensible and inappropriate in this case grievances and even  accusations of "betrayal", Armenia needs to draw a conclusion  independently on its friends and enemies, based exclusively on its  own interests.

Against this background, Mehrabyan notes that the authoritarian  dictatorships, which have already turned into a real evil for their  own peoples, distort the foreign policy of their countries, putting  it at the service of the interests of their own reproduction. And  accordingly, they often build a foreign policy that, in fact, has  nothing to do with the real interests of a given country. The natural  result of which is aggression, neo- imperial doctrines and the desire  to place their own country under the roof of outsiders in exchange  for their own inviolability.

In such geopolitical realities, small countries like Armenia,  according to the expert, failing to solve the problem of ensuring  their own security, are also perceived as a "friend" of one such  country, and also an enemy of another. And what is even worse, for  various reasons, they often lose the opportunity to choose friends  and even enemies on their own.

"Having declared after the 44-day war that" Russia is our friend, but  Azerbaijan and Turkey are not its enemies, "Prime Minister Pashinyan  stated the fact. But the whole real situation emerges only after  adding to this fact the incomparably greater value for Moscow of  relations with Baku and Ankara than with Yerevan. Moreover, the value  of relations with Armenia for the Russian Federation is derived from  the value of relations with Azerbaijan and Turkey. All this causes  relevant consequences for us, not us much pleasant, but objective  ones, "he stressed.

According to Mehrabyan, it is fundamentally wrong to be offended by  Moscow for this, all the more to accuse it of treason. Instead of all  this idle talk, Yerevan, in his opinion, simply needs to start,  finally, to come to conclusions and understand that the enemies of  Armenia, those who consider Armenia as an enemy, are not enemies of  Russia.

"In the end, the statement of fact is neither an accusation nor a  claim. However, another inevitable and quite natural question arises  here - are those whom Russia considers its enemies such for Armenia?  Is the collective West an enemy for Armenia? it is necessary to state  one more fact - the West, of course, is not our enemy. For a very  simple reason - due to the complete absence of any hostile actions  towards Armenia.  And this must also be stated as a fact without  offense and, moreover, accusations of betrayal ",  Mehrabyan summed  up.