Foreign Ministry: Armenia does not conduct any negotiations with  Turkey on normalizing relations 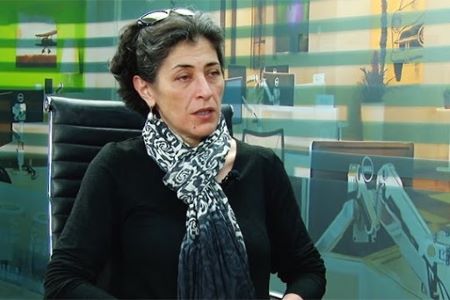 ArmInfo.Armenia does not conduct any negotiations with the Turkish authorities on the  establishment of diplomatic relations and the opening of state  borders. Martha Ayvazyan, adviser to the RA Foreign Minister, stated  this at a press conference in Yerevan on April 19.

"This issue has often been mentioned recently. I must emphasize that  there are no negotiations between Armenia and Turkey and no  negotiations on this issue are planned," she answered the relevant  question.  Meanwhile, clarifying whether the issue of international  recognition of the Armenian Genocide remains on the agenda of the  Armenian Foreign Ministry, Ayvazyan assured that this issue continues  to be a priority of Armenia's foreign policy. "Naturally, the  international process of recognizing the Armenian Genocide remains a  priority of our foreign policy. And we do not lose the opportunity to  voice this issue both at international platforms and during bilateral  contacts. This was confirmed by the RA Foreign Minister at the  National Assembly the other day. There is nothing in our policy that  has changed, "she added. It should be noted that recently, the  Armenian authorities at different levels have voiced the need to  normalize Armenian-Turkish relations in order to establish long-term  peace in the region. -l-