Renaud Muselier: War crimes of Azerbaijan and Turkey prove that  history can be repeated 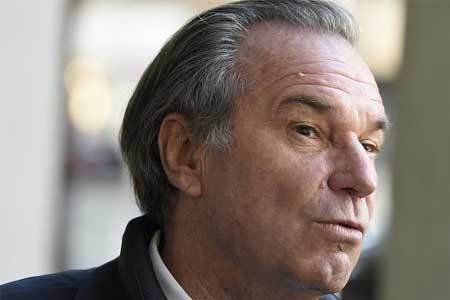 ArmInfo.The war crimes of Azerbaijan and Turkey prove that history can be repeated. The head of the French region Provence-Alpes-Cote d'Azur Renaud Muselier wrote  about this on his Facebook page, urging to never accept and never  forget the Armenian Genocide in the Ottoman Empire.

At the same time, Muselier noted that, as in previous years, he would  take part in commemorative events timed to the Armenian Genocide in  order to remind of this historical truth.

"Yes, the genocidal barbarism of the Young Turks tried to exterminate  the Armenians until the last in 1915," he stated.

At the same time, he informed that this year he met with the  representative of the Nagorno-Karabakh Republic in France Hovhannes  Guevorkian.

"The war crimes of Azerbaijan and Turkey prove that history can be  repeated. Together with the Coordination Council of Armenian  Organizations of France (CCAF) we work together hand-in-hand  throughout the year to support refugee populations and I have  personally supported all the initiatives taken to liberate prisoners,  such as recognition of Nagorno-Karabakh by France, Europe and the UN!  The Armenians from France will always be able to count on me ",  Muselier summed up.