Political scientist: The essence of the elections is reduced to the  search for the savior of Armenia 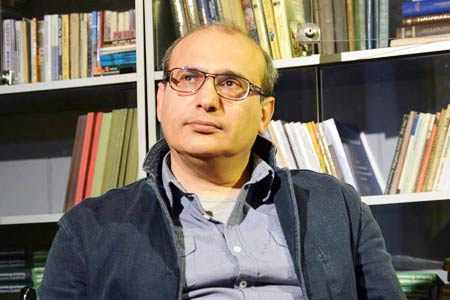 ArmInfo. The essence, the whole point of the early elections scheduled for June 20 in Armenia boils down to who will save us - Russia or the West. A similar opinion was  expressed by ArmInfo political scientist Stepan Danielyan.

"In the domestic political part of the elections, the discussion  mainly revolves around the need to elect a political force that would  have no relation to either the current or the former. And if such a  force is mentioned, it is already considered a priori as a positive,  good force. Even if she has never shown herself anywhere or in  anything, it is completely unclear who and from where she is  financially supported and what she is going to do when she comes to  power," he stressed.

Another" iron " argument of such new forces, the political scientist  considers statements about their turn to rule the country. According  to Danielyan, almost all such political associations are firmly  convinced that it is their turn to be at the helm of power. At the  same time, for obvious reasons, these parties, according to the  political scientist, refrain from explaining who and on what  principle wrote them in the queue for power and where this list is  located. In this light, the political scientist assesses the  political field in Armenia as being in a degenerate state. Any  attempt to bring the discourse out of this state in the field of real  political discussion, to question the obvious idiocy of the path  about the impossibility of choosing exclusively between "former" and  "current", immediately meets with effective opposition. Moreover, the  same attempt to somehow refute the reduction of the election to the  search for a savior from beyond the horizon puts electoral dogmas at  risk and therefore instantly turns the doubter into an enemy.

"Thus, in Armenia today there is an unspoken taboo against any  attempt to violate the current desert serenity of thought. That,  without any doubt, is due to concern for the safety of the sand-built  electoral ambitions. Meanwhile, in reality, there are not even  friendly countries in relation to Armenia today, let alone saviors.   And in this situation, the political forces claiming power in the  pre-election period do not even try to discuss it, not to mention  proposals for a way out of this situation. This is just a fantastic  situation, " the political scientist concluded.