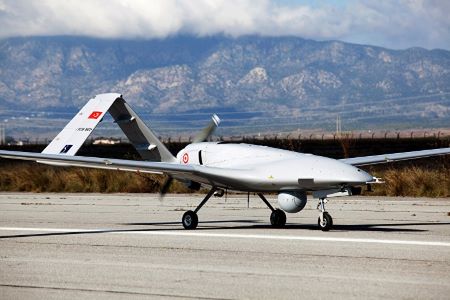 ArmInfo. The Armenian authorities refused to provide information to Canada on the use of Turkish Bayraktar TB2 drones in Nagorno-Karabakh. This is stated in  the final report on the permission to export to Turkey, published on  the website of the Canadian Foreign Ministry.

The report notes that a former spokesperson for the Armenian MOD  stated that the Turkish Bayraktar TB2 drone was shot down by Armenian  air defence units during fighting in Nagorno-Karabakh and issued a  tweet with an image of the alleged TB2 drone wreckage. Following the  October 5, 2020 permit suspension, Canada asked Armenia to provide  any information that could assist in the review of the allegations  (on the use of Canadian technologies in drones-ed. note). Armenia did  not provide any such information.

Attention is drawn to this fact in the statement of the Armenian  National Committee of Canada (ANCC).  "It is very perplexing that the  investigation published by the Canadian Ministry of Foreign Affairs  states that they asked Armenia to provide any information that could  support the use of Canadian technology in Bayraktar drones, but the  Armenian authorities did not provide such information. The Committee  of Canada will continue its efforts to prevent Canada from selling  any military products to Turkey, "the ANCC said in a statement,  adding that issues related to the sale of military products to Turkey  have always been among their political priorities.

"The decision of the Canadian government is a military-political slap  in the face of the Turkish state. There are not many countries in the  world where there is a ban on the sale of military products to  Turkey. In addition, Canada is one of the key members of NATO, one of  the main markets for the purchase of military products for Turkey. It  is noteworthy that the vast majority of Canadian military products  purchased by Turkey include Wescam products. Thus, after the  suspension of supplies, Turkish-Canadian trade relations in the  military industry are almost completely severed, "the ANCC said in a  statement, adding that in fact Turkey fraudulently acquired leading  Canadian technology, and this caused great discontent in the Canadian  public and political circles.  As ArmInfo previously reported, the  Canadian authorities revoked the previously issued permits for the  export of Canadian arms and technologies to Turkey, as they received  evidence of their use in the conflict in Nagorno-Karabakh.