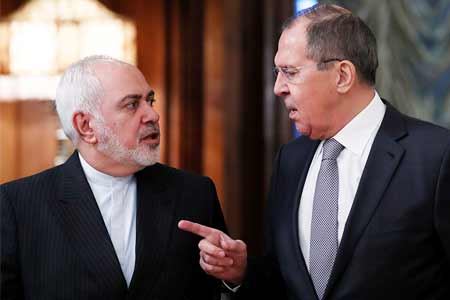 ArmInfo. Russian and Iranian Foreign Ministers Sergey Lavrov and Mohammad Javad Zarif discussed the situation in the Nagorno-Karabakh conflict zone at the talks in  Tehran.

As Sergey Lavrov told reporters after the talks at a joint press  conference, in the context of the situation in Nagorno-Karabakh,  support was expressed for a sustainable ceasefire, and the importance  of overcoming the consequences of the conflict and generally  achieving its political and diplomatic settlement on a fair basis, in  the interests of the Armenian and Azerbaijani peoples was stressed.

"And we considered the role that the countries of the region can play  in this process," the Russian minister said, adding that other  relevant international topics were also considered.