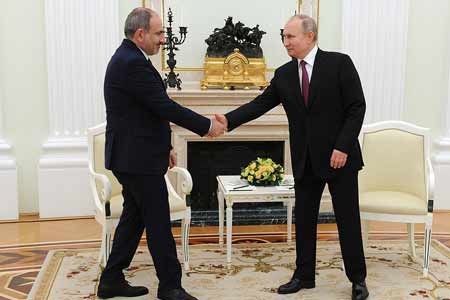 ArmInfo. Armenian Prime Minister Nikol Pashinyan proposed Russian President Vladimir Putin to consider the possibility of building a new nuclear power plant in Armenia.  Nikol Pashinyan made a similar proposal in the context of strategic  investments on April 7 in Moscow during a meeting with the leader of  the Russian Federation.

It should be noted that the strategic program for the development of  the energy sector of Armenia until 2040 provides for a repeated  extension of the life of the Armenian nuclear power plant after 2026,  and in the future, the construction of a new nuclear power plant.

Meanwhile, it should be emphasized that the European Union has  repeatedly called on the Armenian authorities to close the Armenian  nuclear power plant for security purposes, but the country does not  yet have a real alternative to replace a third of generating  capacities.