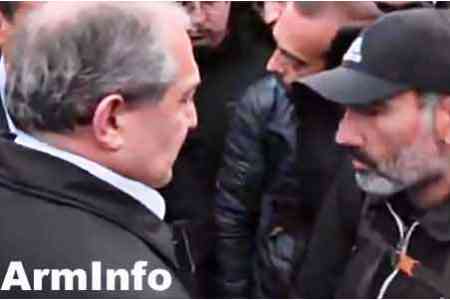 As reported by the press service of the RA President, since  Sarkissian has health problems, the Prime Minister came to visit him.

"Naturally, the president and prime minister also touched upon the  internal political situation in the country. The rest of the  information circulating in the media is an absolute lie and an  attempt to exacerbate an already tense situation.

Once again, we call to refrain from disseminating provocative and  false information, at the same time we repeat that the President of  the Republic is guided exclusively by the Constitution, state and  national interests, acting within the framework of his constitutional  powers, "the press service of the head of state said.