Nikol Pashinyan: The only established institution in the past Armenia was systemic corruption, and the Amoulasar project is likely to be used 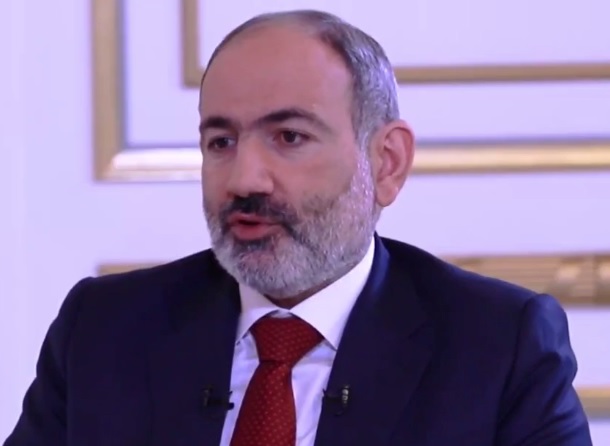 ArmInfo.The only established institution in Armenia until 2018 was the institution of systemic corruption. This opinion was expressed by the Prime Minister of Armenia Nikol Pashinyan in an interview with the 1st TV channel.

Answering the question about why the process of fundamental transformations in the country is taking so long, Pashinyan stressed that with the coming to power in 2018, the new government was literally "taken aback" by what it turned out that state structures were not able to function normally outside this well-established corrupt system. And in fact, when it was possible to neutralize this systemic corruption here or there, in fact the state management system faced a vacuum. This was the case, as Pashinyan noted, in almost all areas and therefore it was sometimes necessary to reconcile and approach certain issues with caution in order not to disrupt the state administration system, not to break it all.

In this regard, Pashinyan also emphasized his attitude to the country's defense system. He noted that this is precisely why, approaching with great caution the revolutionary transformations in the army, he actually did not break it and appointed to the post of defense minister a man who had previously been deputy head of the military department, again with the status of minister.

Continuing this thought from the point of view of the fact that the third President of the Republic of Armenia, Serzh Sargsyan, accused him of refusing to follow the developed and adopted plan for the purchase of weapons, which was one of the reasons for losing the 44-day war, Pashinyan called this opinion of the "outcast" as inappropriate reality. (Pashinyan in his interview called Sagrsyan exclusively by the term "outcast", apparently after Sargsyan chose to call him exclusively "capitulator" - Ed.) According to the Prime Minister, the government and the Ministry of Defense continued to follow the plan for the purchase of weapons, and moreover, even seeing that the supply channels for these weapons were too dubious and corrupt in fact, they did not break them in the absence of alternatives. It was this circumstance, as Pashinyan carefully put it, that became the reason that the country's partners did not always fulfill their obligations in the best way. And nevertheless, as the prime minister stressed, the new government increased the budget of the defense department by a quarter, and the volume of arms purchases by 20%. This money was used to purchase military funds, as well as to increase the salaries of officers, improve the social status of servicemen, and much more. Returning to the topic of reforms, Pashinyan emphasized that they must be verified, long-term and serious, therefore it is impossible to rush with them, since this can, on the contrary, have negative consequences, especially in conditions under which the main motive force of the past is neutralized - the systemic corruption. As a positive example of reforms, Pashinyan cited the fight against monopolies in the country. Now, everyone knows that there are no "quotas" in the country for the import and export of this or that product, each importer and exporter is free and completely free in matters of import and export of any product.

Speaking about the economic state of the country (Armenia's GDP sank by at the end of 2020 by 7.6% - Ed), the prime minister noted that such a situation connected not only with the war, but also with the difficult situation that has developed in country due to the coronavirus pandemic. He believes that in the conditions the rapidly spreading virus, it was difficult to predict anything last year, but nevertheless, the government coped well with the task. If last year the government was accused of not coping with it, and in Armenia the number of cases is breaking records, then today, when in many countries a very difficult situation is developing and there are many deaths, it becomes clear that Armenia turned out to be much more safe and the situation with the coronavirus is under control. Pashinyan reminded his opponents that despite the `` revolutionary events '' that took place in the country in 2018, economic growth did not stop, and a year later, at the end of 2019, Armenia received an unprecedented GDP growth over the past 10 years (7.6% - Ed.).

In terms of the importance of further development of the economy, Pashinyan stressed that his opinion on the possibilities of using a large investment project - the launch of the Amulsar gold deposit - remains unchanged. In his opinion, an important component of environmental safety remains in this issue, and if it is decided that Amulsar should start working. He recalled that he had repeatedly noted that the development of tourism in the country, although an important, but not entirely stable segment, especially in the event of force majeure situations such as war, and therefore the country should have serious sources of foreign exchange earnings. In this regard, she expressed the opinion that the Amulsar project is likely to be activated.