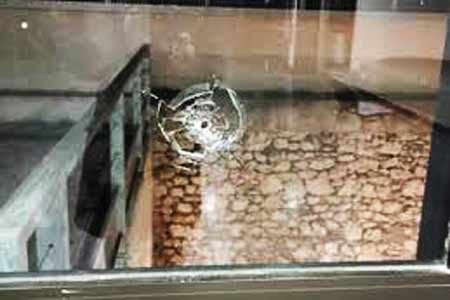 ArmInfo.The attack on the Cultural Center of the Armenian Church in Marseilles is a matter of deep concern. This is stated in the message of the Armenian Embassy  in France.

"We confirm that any act of hatred based on ethnicity should be  prohibited, such as the recent Turkish- Azerbaijani attacks on  Armenians and their heritage," the Armenian Embassy stressed.

Earlier it became known that unknown persons fired at the cultural  center "St. Sahak and St. Mesrop" in Marseille. The incident took  place on January 24 at about 18:40.

The police visited and examined the scene. The bullet pierced the  window on the second floor where the piano lesson was taking place.  There are no casualties. In connection with the incident, the  management of the center filed a complaint with the police. It should  be noted that more than 250 children study at the center.

It is worth noting that, months earlier, during the hostilities in  the zone of the Nagorno-Karabakh conflict, similar incidents were  recorded in Berlin, San Francisco, Paris and Desin. Members of the  Turkish radical group "Gray Wolves", whose activities were banned in  France, were involved in these actions.