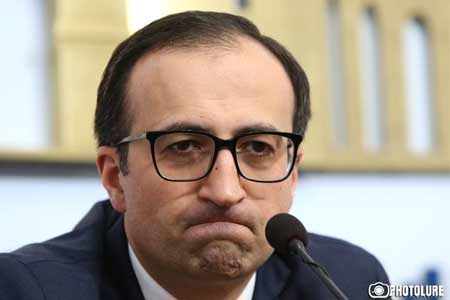 ArmInfo. The President received a proposal to dismiss the head of the Ministry of Health Arsen Torosyan. This information was confirmed by the press service of the  President of Armenia.

The President has already received a proposal from Prime Minister of  Armenia Nikol Pashinyan to dismiss Torosyan. However, the document  has not been signed yet.

To note, there were rumors about Torosyan's resignation in the media  back in the summer. The media also reported that Torosyan will take  the post of head of the prime minister's staff, instead of Eduard  Aghajanyan.