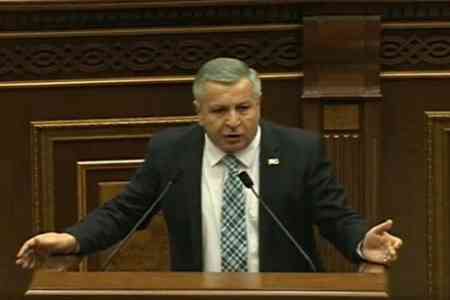 ArmInfo.Residents of the border regions of Armenia should overcome the syndrome of insecurity. On January 18, NA member Sergey Bagratyan stated this from the  rostrum of the RA National Assembly.

He announced his intention to present a draft law, which would give  the residents of the country's bordering communities the right to  carry military weapons. The MP called on his colleagues to take an  active part in discussions on this issue and submit their proposals.  He noted that at present this category of citizens, due to the  current circumstances, feel unprotected, and the presence of weapons  would make it possible to overcome this situation