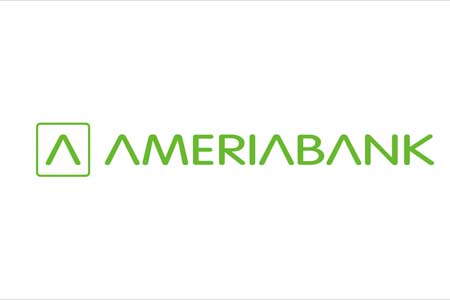 ArmInfo. On January 19, Ameriabank will start placing the next AMD tranche of registered, coupon and non-documentary bonds in the amount of 5 billion AMD. This  is indicated in the issue prospectus of this issue posted on the  website of the Central Bank of Armenia, according to which the  placement is planned to be completed on February 26, 2021.

Within the framework of the dram tranche, 50 thousand bonds with a par value  of 100 thousand drams will be issued. The coupon yield is set at  9.75%. The frequency of coupon payments is provided once a quarter.   Full repayment of this tranche is scheduled for April 19, 2023.   Those who wish to purchase bonds of this issue can transfer funds to  the corresponding account opened in Ameriabank - 1570043120372900.

According to the Financial Rating of Banks of Armenia as of December  31, 2019, prepared by ArmInfo IC, Ameriabank is the leader in terms  of the amount of funds raised from the placement of corporate bonds -  54.6 billion drams or $ 113.8 million. In a three-year context, the  bank has tripled this indicator.  Ameriabank accounted for about 30%  of the total volume of this indicator in the banking sector. By  October 1, 2020, the volume of funds attracted by Ameriabank from the  placement of corporate bonds reached 68.9 billion drams ($ 141  million), with an annual growth of 28.8%, for 9 months of this year.  - by 26.2%, and in the third quarter alone - by 25.5%. Ameriabank is  very active in the corporate bond market of Armenia, having started  issuing its securities in March 2016, and in the same year, having  initiated the first issue on the international market - in June  through its investment manager - responsAbility Investments AG -  successfully placed $ 20 million in debt securities in 4 Luxembourg  investment funds.  Ameriabank has been repeatedly recognized as "The  Best Operator-Custodian of the Depository System Account in the  International Securities Market".