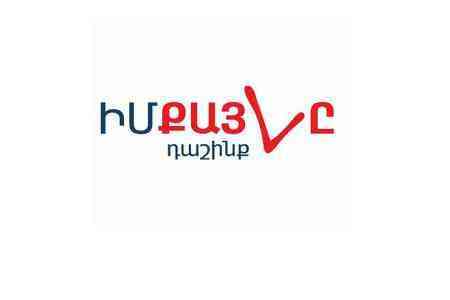 ArmInfo. MP from the "My Step"  faction Vahe Galumyan doubts that the parliament will begin the  process of impeachment of the Prime Minister of Armenia. The MPsaid  this in an interview with reporters.

He noted that opposition parties and factions have the right to  nominate their candidates for the post of prime minister, but the  ruling faction supports Nikol Pashinyan.

"The agenda of the ruling faction does not include the issue of  electing a new prime minister. Moreover, I do not think that an  explosive situation has developed in the country. Opposition parties  say that the Prime Minister should resign, but there is no reason why  he should do this. Moreover, they did not imagine what they intend to  do if a change of power takes place," Galumyan said. The MP also  noted that not only the government lost the war, but the whole  country. "If the opposition thinks that they didn't lose, they are  mistaken. In this case, it was not specific individuals who lost. We  all lost. However, now we need to realize that it is not the time to  find fault, we should find a way out of this situation. I am sure  that leaving at such a difficult time means relinquishing  responsibility," he stressed.

Galumyan also noted that the words that Prime Minister Pashinyan is a  traitor are unfounded. "I do not believe that anyone in Armenia  believes that Pashinyan is a traitor. On the contrary, he did  everything to prevent such an outcome of events, not to surrender the  land. Now it is necessary to preserve the power of the people in the  country, to solve the problems on the agenda. In six months, we will  be able to assess the situation soberly, as well as decide what to do  next. Today our country needs stability and security, which the  authorities must provide for us," the MP concluded.