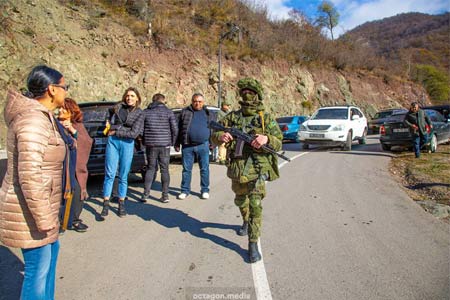 The officials discussed in detail a broad range of topical  international issues. They also spoke about the UN response to the  COVID-19 pandemic, including the December 2 presentation of the  Russian Sputnik V vaccine to UN members.

Antonio Guterres welcomed Russia's role in reaching agreements on the  cessation of hostilities in Nagorno-Karabakh. The officials reviewed  the potential of the UN agencies to help resolve humanitarian issues  in the region in cooperation with Azerbaijan, Armenia and the Russian  peacekeepers.

Mr Lavrov and Mr Guterres also exchanged views on the developments in  Yemen and Libya, the Middle East settlement, and appointments to the  top positions in the UN secretariats.

Both officials reaffirmed the importance of further enhancing the  role and authority of the UN in the world arena, including in the  context of its 75th anniversary this year.