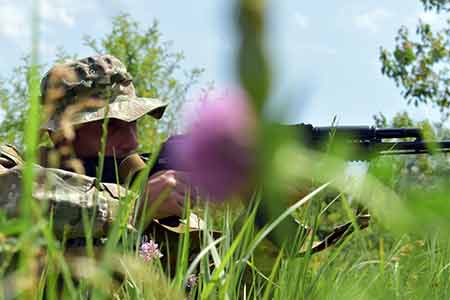 ArmInfo. To the list of non-discussed issues on the agenda of the meeting of government on December 3, the issues that fit into the logic of the "road map"  proposed by RA Prime Minister Nikol Pashinyan on November 18 are also  included. The head of the Armenian government himself stated this at  a cabinet meeting.

He noted that a draft decision is currently being prepared, according  to which students who participated in the hostilities, as well as  parents who took part in the war and have student children, will  receive compensation in the form of tuition fees for the second  quarter of 2020. Nikol Pashinyan expressed the hope that this  decision will be de jure formalized at the next government meeting.  Other decisions are being prepared to assist the participants in the  hostilities, killed and injured.

In turn, Deputy Prime Minister Tigran Avinyan noted that the list of  non-discussed issues includes such bills as "On the highest education  "and" On the creation of an anti-corruption committee. "These  documents provide for large-scale reforms, and will considered at the  plenary session of the RA National Assembly. For this reason, they  have not been discussed in detail at today's government meeting.