Politician: Extraordinary elections can be held only after passions  have subsided 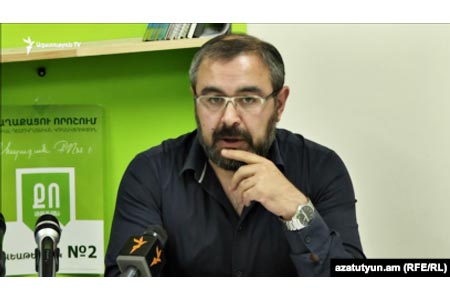 ArmInfo.Extraordinary elections in Armenia can be held only after the country calms down and the passions subside. A similar opinion was expressed to ArmInfo  by the secretary of the social-democratic party "Citizen's Decision"  Suren Sahakyan.

"In order for the passions to subside, an interim prime minister with  his temporary team is needed. These people will have to reform the  political and judicial system in the country. Implement an inclusive  project of constitutional reforms, reform the Electoral Code.  elections ", - he stressed.

Such reforms, according to the party's vision, can only be carried  out by a prime minister acceptable to society. A person who is ready,  both on a personal and institutional level, to refuse to participate  in the next elections. Sahakyan is convinced that the team of  reformers should in no way take part in the elections to be held on  the basis of and as a result of these reforms.

Sahakyan assesses the current state of the public administration  system in the country as paralyzed and unable to carry out his own  functions. And such inaction of the state apparatus causes concern.  Especially in the context of many challenges facing Armenia, among  which the internal political crisis is perhaps the most harmless.

Sahakyan is convinced that in this light, the state governance system  needs to get down to business and work towards overcoming and  preventing the already existing and impending economic, social and  demographic crises. The politician is convinced that the ruling force  must either get down to business, or let those who want it and can do  it. "In the end, it is necessary to realize that we are talking about  issues directly related to human destinies," he stressed.

"It is possible to implement all these reforms while Nikol Pashinyan  retains the post of prime minister, but it is difficult. In the  context of the continuation of the internal political crisis,  conditioned by his premiership, these reforms will stall and slow  down. At the same time, it must be stated that Pashinyan's personal  reserve of trust even today in Armenia no one has. As well as the  lack of general agreement to continue his premiership, "the  politician summed up.