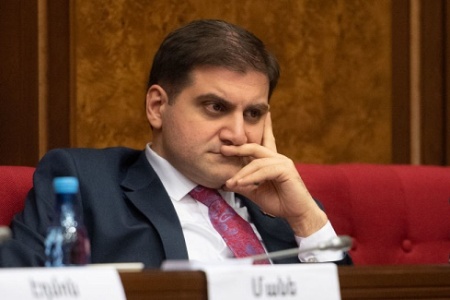 ArmInfo. I think that holding early elections in Armenia is already inevitable. A similar opinion was expressed to ArmInfo by the chairman of the "For the sake of the  Republic" party Arman Babajanyan.

"In my opinion, the message, the message about the holding of early  elections is contained, in fact, in the roadmap recently published by  Prime Minister Pashinyan. This is the last paragraph containing the  intention to speak out in June next year with a report on the work  done," he stressed.

The parliamentarian explains the inevitability of holding early  elections as it is impossible for the country to get out of the  current crisis in the absence of information on a clear date for  their holding. Otherwise, the authorities will personally legitimize  all radical steps and actions aimed at achieving the immediate  resignation of the prime minister.

The MP sees today two imperatives vital for Armenia. The first is to  prevent internal destabilization and the situation getting out of  control. The second imperative is the government's readiness to take  any steps and use any political opportunities in order to preserve  the security of Artsakh and Armenia. Including holding early  elections.

"Now and in the future, we are ready to cooperate with any  future-oriented political forces in Armenia.  Today, we need to work  quickly towards the maximum restoration of our interests. Titanic  work towards overcoming the defeatist psychological mood of our  people, restoring determination and irresistible will in our society  to live and create. Our entire strategy should be aimed at our great  future victory, "he stressed.  All this, according to Babajanyan,  presupposes the formation in Armenia of a qualitative new society,  political class, internal relations, economy, world outlook, etc.  Achieving all this will be possible through serious discussions and  discussions, the formation of a culture of competition and internal  political struggle.  "That is, all that the Armenian society and  government neglected during the entire period from victory in the  first war to defeat in the second. And to neglect what has already  become impossible. The key factors in Armenia's exit from the current  situation, of course, are our moral and mental potential, the will  and determination to build the future. And of course, our ideas about  this future, "the parliamentarian summed up.