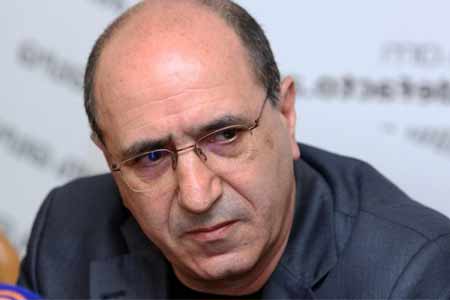 ArmInfo.e NSS of Armenia, in connection with the statements of the head of the National Agenda party, former adviser to the RA President on issues of national  security Garnik Isagulyan, appealed to the prosecutor's office. This  was reported by the press service of the NSS.

Note that during the press conference Isagulyan stated that Armenian  Prime Minister Nikol Pashinyan organized the revolution with funds  received from Azerbaijan and Turkey. According to the latter, the  money from the US Embassy in Georgia to Armenia was delivered by the  head of the Armenian Security Council Armen Grigoryan, the head of  the parliamentary faction "My Step" Lilit Makunts, a number of  parliament members and the Prime Minister's wife Anna Hakobyan.

Isagulyan assured that the prime minister knew that hostilities would  begin in another month and a half, but did not undertake anything, on  the contrary, he deliberately led the country to surrender.

Moreover, we urge people and organizations that have their own idea  of the functions of the RA national security bodies and, for obvious  reasons, do not have information within their powers, to refrain from  publications that mislead the public, provoke internal tension and  undermine the authority of state structures.

At the same time, we inform you that if the practice of spreading  disinformation and slanderous news about the national security  agencies or high-ranking officials continues, an appropriate legal  process will be launched, "the NSS said.