UAR: Putin personally deals with the issue of Armenian prisoners in  Azerbaijan 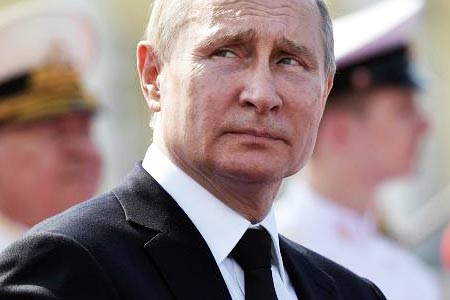 ArmInfo.Russian President Vladimir Putin is personally dealing with the issue of Armenian prisoners in Azerbaijan. Chairman of the Union of Armenians of Russia  Ara Abrahamyan announced this.

"We must address this issue. I met with Assistant to the President  for International Affairs Yuri Ushakov.  First of all, we presented  this problem. We wrote a letter to the President, received a  response. Today, the President of the Russian Federation is  personally involved in this," - said Abrahamyan, noting that they  undertake to resolve this issue as soon as possible and will be  consistent in this issue.

The UAR press service also reports that the delegation headed by Ara  Abrahamyan met in Yerevan with the Russian Ambassador to the RA  Sergey Kopyrkin.

A number of topical issues were touched upon at the meeting, in  particular, those related to the retention of captured Armenians in  Azerbaijan. Kopyrkin promised to do everything possible, for his  part, to get this issue off the ground.

Abrahamyan thanked Sergei Pavlovich and in his person Russia, its  leadership and the Russian peacekeepers for their efforts to end the  bloody war and the humanitarian mission.