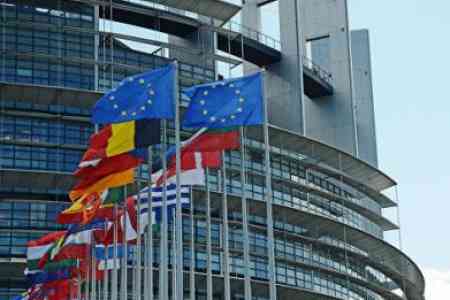 ArmInfo. The EU should impose tough sanctions against Turkey because of its position on the Cyprus problem and actions in the Mediterranean.

A resolution with such an appeal was adopted by the European  Parliament by a majority vote. At the plenary session, 631 deputies  supported the document, only three voted against, 59 abstained.  The  parliamentarians called on the European Council to maintain a unified  position on the illegal actions of Turkey and stressed that a  long-term settlement of the conflict would be possible as a result of  negotiations.  It is noted that the dialogue undermines Turkey's  decision to "open" the former resort area of Famagusta Varosha in the  occupied part of Cyprus.

Recall that Ankara not only openly supported the military aggression  of Azerbaijan against Artsakh, unleashed on September 27, but took an  active part in the hostilities. Moreover, Turkey recruited and  airlifted mercenaries from the Middle East to the conflict zone,  which was also stated by the leaders of several powers.