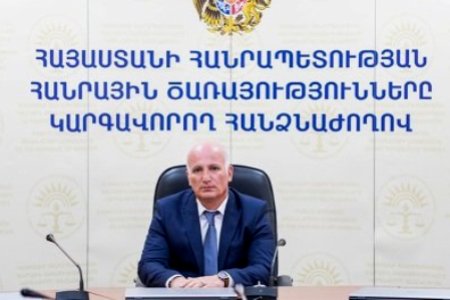 PSRC member Mesrop Mesropyan submitted his resignation on November  16. This is stated in the statement of the Speaker of the Armenian  Parliament Ararat Mirzoyan. Mesrop Mesropyan was proposed to the PSRC  by the Prime Minister of Armenia Nikol Pashinyan. He was elected to  PSRC on May 30, 2019.