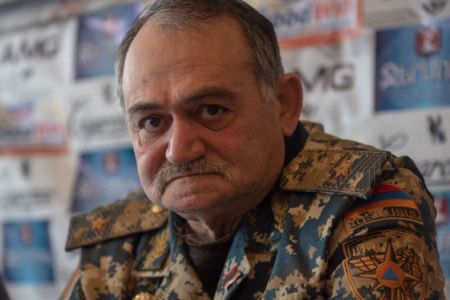 ArmInfo.  Chairman of the   "Eagle Suicide Squad Union" NGO, a participant in the Karabakh  liberation war, deputy head of the Emergencies Ministry's Rescue  Service, Major General Astvatsatur Petrosyan, passed away. Ararat  Khandoyan wrote about this on his Facebook page.

Astvatsatur Petrosyan in 1993-2000 served as Deputy Minister of  Defense of Armenia, in subsequent years was Deputy Head of the Rescue  Service of the Ministry of Emergencies. Commander of the Order of the  Battle Cross, 1st class. Petrosyan was 67 years old.