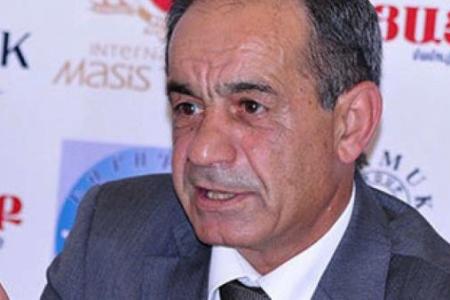 ArmInfo. Former judge of the  Constitutional Court Kim Balayan went on a hunger strike. Balayan  said this in an interview with reporters. Balayan accuses Nikol  Pashinyan of overthrowing the constitutional order.

The former head of the Constitutional Court said that he intends to  continue the hunger strike until his demand is heard.

"Now our people are in a very difficult situation. Many families have  lost their children, fathers, brothers.  But now, is not the time to  lose heart, we must think about what our next steps will be. The  government must realize that the people who elected it no longer  want, for it to lead the country. Otherwise, if the representatives  of the authorities do not leave, we will continue to suffer defeat,  "Balayan concluded.

To recall, yesterday a member of the ARF "Dashnaktsutyun", a  well-known TV presenter, head of the news department of the  "Yerkir  Media" TV channel, former member of the RA National Assembly Gegham  Manukyan began an indefinite hunger strike. He demanded Nikol  Pashinyan's resignation. Today Manukyan noted that he calls on  Balayan to give up the hunger strike due to his age.