Gabriel Balayan resigns as Deputy Minister of Defense of Armenia 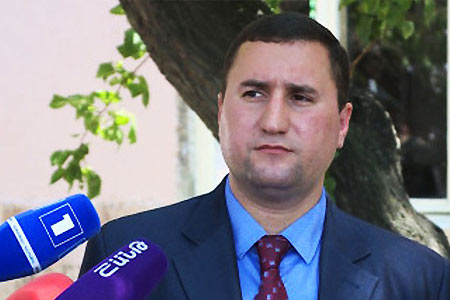 ArmInfo.Gabriel Balayan was dismissed from his post as Deputy Defense Minister of Armenia. On November 23, during a meeting with the parents of the missing  persons, MP from the ruling My Step bloc Andranik Kocharyan announced  this.

Meanwhile, the media reported that Balayan wrote a letter of  resignation of his own free will on the same day as Defense Minister  David Tonoyan (November 20).

Balayan was appointed to the post of Deputy Defense Minister after  the 2018 Velvet Revolution.